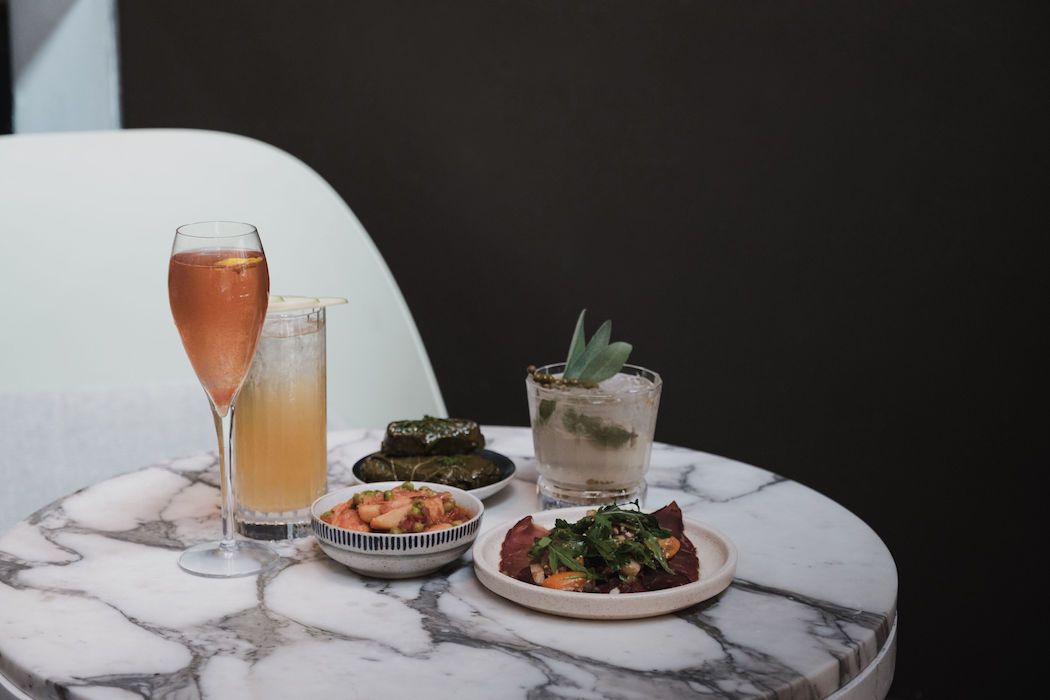 Alpha restaurant has added a new bar, Baraki, a tiny eight-seater haven of bar with plenty of outdoor seating. Baraki, sees alpha’s daytime café be transformed into a bustling Greek cocktail and meze bar from lunch till late.

Executive Chef Peter Conistis is behind the ever-changing meze menu, with a selection of small plates including Dolmades, vine leaves stuffed with sour cherry and lemon; Pastourmas, spice cured beef served with pears and lentil salad; Karpouzi, watermelon and raki served with sheep’s milk feta and Toursi, grilled and marinated eggplant with black garlic and dill available to dine from. The menu also includes a number of classic dips for guests to graze on, including olives, taramosalata, tzatziki and melitzanosalata.

On the drinks front, baraki bar manager, Irek Luty has pulled together a menu which features a wide selection of Greek spirits including ouzo, raki, mastiha and rakomelo; a dedicated gin Garden which features gins such as Monkey 47, Ocean Gin, Rogu Gin, Hendricks, Westwings Sabre, Ink, Poor Toms and Sipsmith London; and a tight list of nine cocktails. Following a shot of ouzo, guests can choose between the Cretan Warrior, made with Toplou Tsikoudia, cardamom, lime and cucumber; the Baraki Fizz, made with Kretaraki Rakomelo, blood orange and sparkling wine; the Golden Apple, featuring Metaxa 5 Star, Calvados Garnier, lemon, and dirty tonic and the Purple Poseidon, which includes Hendricks gin, Skinos Mastiha, lavender and wild mountain tea.

Located on the ground floor at 240 Castlereagh Street, baraki sits next to alpha which occupies a historic Victorian building adjacent to the Hellenic Club on Elizabeth St. The Hellenic Club, which opened in the 1950s, has been a meeting place for migrants, shopkeepers, businesses but most importantly the centre of Greek culture in Sydney…., with exciting future developments.

Griffith Opera on the Beach – Aida

The sands of Coolangatta Beach will transform into the Egyptian shoreline when Opera Australia presents Griffith Opera on the Beach – Aida in September….