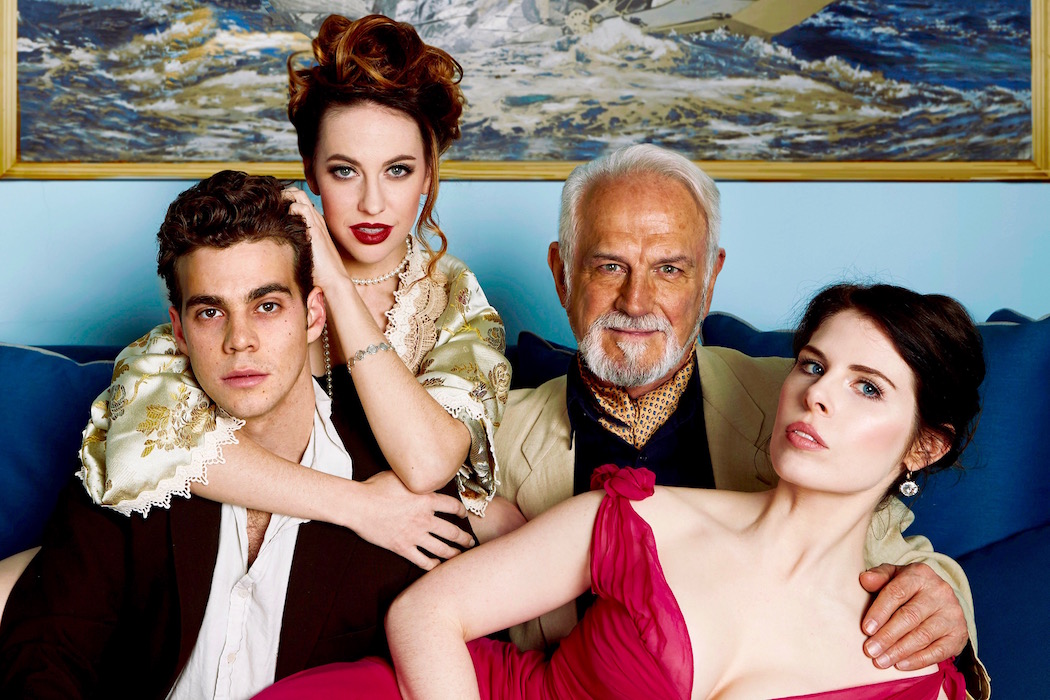 After much anticipation, Walk This Way Productions in association with Hayes Theatre Co are thrilled to announce the impressive cast of Andrew Lloyd Webber’s Aspects of Love. Performances of this heartbreaking romantic musical commence on 22 November at Sydney’s Hayes Theatre Co.

Playing the role of the alluring actress Rose Vibert is Caitlin Berry who was most recently seen in the World Premiere of Melba the Musical for Hayes Theatre Co and will soon star as Amalia in their production of She Loves Me. Returning to the Hayes after enchanting audiences in The Fantasticks! is Jonathan Hickey who will play Alex Dillingham. The role of Alex’s charming libertine Uncle George will be played by internationally renowned and Helpmann Award winning opera and musical theatre star, Grant Smith. Smith appeared in the original West End productions of Sweeney Todd and Barnum as well as Gus/Growltiger in the original Australian production of Cats and Lumiere in Beauty and the Beast. Rising star Stefanie Jones (The Sound of Music, Dream Lover) will play Giulietta Trapani. Jones was most recently at the Hayes Theatre Co in Carmen Live or Dead.

Alex Dillingham, a young, obsessive student travelling through France, falls in love with the alluring, provincial actress Rose Vibert. As the pair embark on a passionate affair, the unexpected arrival of Alex’s dashing, libertine uncle changes their lives forever. Based on David Garnett’s novel of the same name, Aspects of Love is a story of passion, love and loss set against the backdrop of post-war France and Italy from the 1940’s through to the 1960’s. Passion, desire, family ties and friendship bind five people and three generations together as they come to appreciate how love changes everything…

Co-producers and Choreographer Nathan M. Wright and director Andrew J Bevis said, “We were both inspired by musical theatre from a very young age. The artform resonated with us, which then led us both into careers within this field. Over the years we’ve been so fortunate and inspired by collaborating with extraordinary creatives. Producing felt like the next natural progression on our journey. We’ve both huge fans of Andrew Lloyd Webber’s Aspects of Love and were further inspired by a meeting with the shows lyricist, Don Black. The intimate setting of the Hayes theatre is an ideal home for this chamber musical. It’s lush and sweeping score will be showcased with a 12-piece orchestra. Aspects of Love was last produced in Australia 25 years ago. This new production takes you on an engaging journey exploring the ever-relevant themes of lust, loss and ultimately love.”

Featuring the iconic songs Love Changes Everything, Seeing Is Believing and First Man You Remember, Aspects of Love comprises a stunning 12-piece orchestration. The soaring romanticism of Andrew Lloyd Webber’s lush and emotionally complex score will be brought to life by members of the incomparable Ensemble Apex from The Sydney Conservatorium.

First seen at London’s Prince of Wales Theatre in 1989, it made a star of Michael Ball and propelled him into the international arena. This new, intimately reimagined production of one of Andrew Lloyd Webber’s greatest musicals is sure to take you on a thrilling and romantic journey through a tangled web of love and lust.

Romeo Hunte New York is a brand that is a definitive lifestyle brand created for all. It is a line that is cool, and…