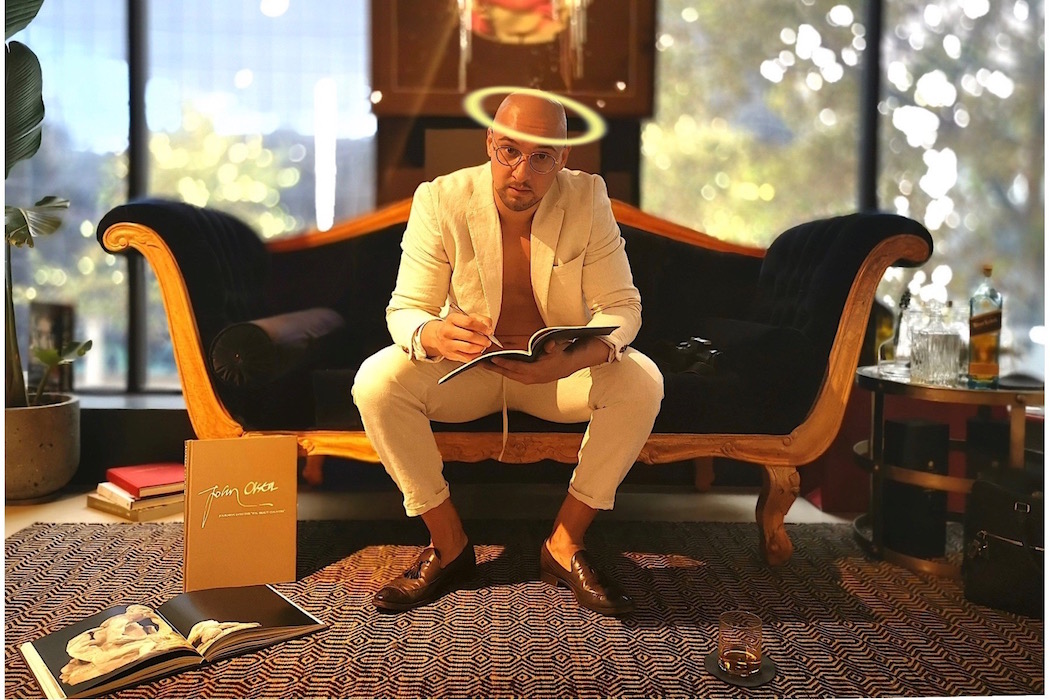 Sydney artist Saint Ali is well on his way to becoming something of an icon in the world of art – with a story to rival Warhol or modern contemporaries like Bromley and Mr. Brainwash. An underground buzz is building for a guy who just a few months ago was virtually unheard of in the art circuit.

Art lovers and collectors are expected to flock to the hottest event on this year’s Sydney Art Calendar on Thursday 11 April, with Saint Ali hosting his official artist launch party at his private Darlinghurst Gallery.

It is here that the revered artist, who has produced stunning portraits with some of the most beautiful celebrities in the world from Priyanka Chopra, Ruby Rose, Miranda Kerr, Fei Fie Sun to Delta Goodrem, will unveil his latest collection. This is an event that no true art lover would dare to miss!

Last month The Saint revealed the first series in his inaugural collection during the opening of his private gallery, which saw stars like Alex Perry amaze over his work and model Miranda Kerr becoming his latest celebrity fan.

Saint Ali said that he was getting mentally prepared to launch the second series in the collection.

“After a huge launch, I’m resetting my goals, getting mentally aligned and preparing for our next event,” he said.

Saint Ali said he realised his passion for painting after spending twelve years of his life in the corporate world.

“After Xmas I was staring at a whiteboard in my corporate office – I mapped out a plan to get the f*ck out. I’ve got something big to offer the World and it’s not from behind a desk. It’s from in front of a canvas with a spray can and brush in hand.

Saint Ali’s love for creating an experience knows no boundaries – I don’t think of himself as an artist. If anything, a designer. Designing for the fashion forwards, the risk takers, the influencers, the owners and the promoters of new ideas.

That’s where life is lived!

Opera Australia will open its doors to the public this Saturday 24 June to reveal a selection of more than 1,500 costumes, accessories, artworks…