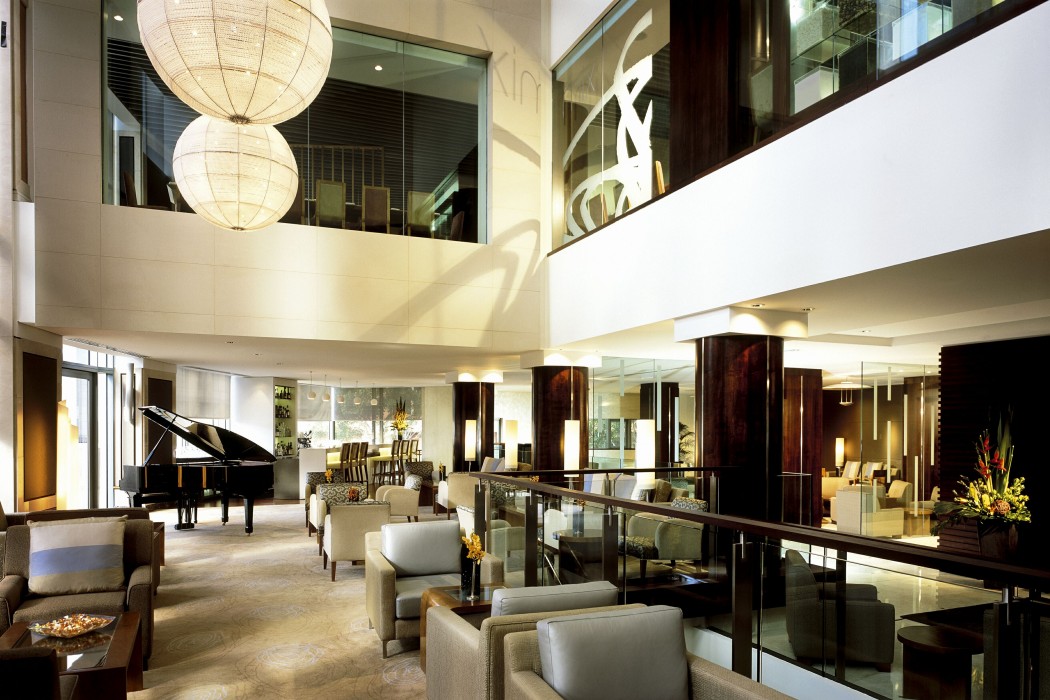 High Teas are becoming increasingly popular for meeting friends, catch-ups and even the odd date. I was invited into the city for a very special afternoon at one of Sydney’s luxury five-star hotels, Shangri-La.

Located just off the tourist mecca of The Rocks, the Shangri-La Hotel offers luxury at its very best. Decorated throughout in a soft colour scheme of modern earth tones using greens and browns, the lobby in which tea is served is an intimate and ambient environment.

The tradition of taking tea and that little bit of something between lunch and dinner had long been a feature of distinguished households, and in the Roaring Twenties, it was defined by a menu featuring finest teas, delicate sandwiches and exquisite cakes.The staff were attentive and charismatically described each dish like it was a piece of art.

Traditional afternoon tea is $42, add a glass of Chandon NV Brut for $8 or add $20 for a glass of Taittinger Brut Champagne. Or why not try the wickedly sweet chocolate afternoon tea for two at $62.

From the Dilmah tea menu we opted for the blueberry and pomegranate, lychee with rose and almond and finally the Italian almond tea. Mind you there were 18 to choose from and it took some time to decide.

Who would have thought sandwiches, scones and tea could be so distracting. Out of the sandwiches, my favourite had to be the miniature smoked salmon, capers and cream cheese bagel. The chicken and leek coux and to the fun tomato, basil and goats cheese cone and a cradle vegetable salad with a vinaigrette pipit. The scones were warm and light as a feather with clotted cream and house made mixed berry preserve. The top tier showed a variety of delicious desserts beautifully presented. The mille-feuille, delive, verrine and an innovative green-tea macaron stole the spot-light, with its balance of flavours that melts in your taste-buds. We were delighted with the petite size of the sweets making us feel indulgent but not guilty.

So who’s behind these delectable creations? None other than Executive Pastry Chef Anna Polyviou. Melbourne-born and with 13 years experience under her belt, she’s spent her career working at Claridge’s in London, while also spending time with Pierre Herme Patisserie in Paris. Chef Anna returns to Sydney and has definitely revamped the Shangri-La’s high tea menu by ensuring everything is freshly made in-house. It is unforgettable passion with a twist.

Chef Anna is also the chairwoman and one of the founders of the Sydney Pastry Chef Club, an industry-learning programme for executive pastry chefs that launched in 2011.

“I’m excited to join and lead a talented team of 10 pastry chef’s, all constantly trying new things and take pastry at the hotel to a new level” says Chef Anna.

If you are a guest staying at the hotel, you should be so lucky, high tea service is also available in your room. That’s definitely a bonus, when you do not want to wear your Sunday’s best and swap them for a fluffy white bathrobe and slippers over looking Sydney Harbour.

So what’s next? Look out for the launch of the hotel’s first dessert degustation promotion in June 2014. A five-course menu will feature fun heavenly treats from Chef’s recipe collection, including popping candy, lemon twist souffles and mango ice-cream on a stick with a glass of sparkling wine.

The Sydney Mardi Gras has a special place in my heart, sure I do enjoy the flamboyant costumes, the a sense of pride for…