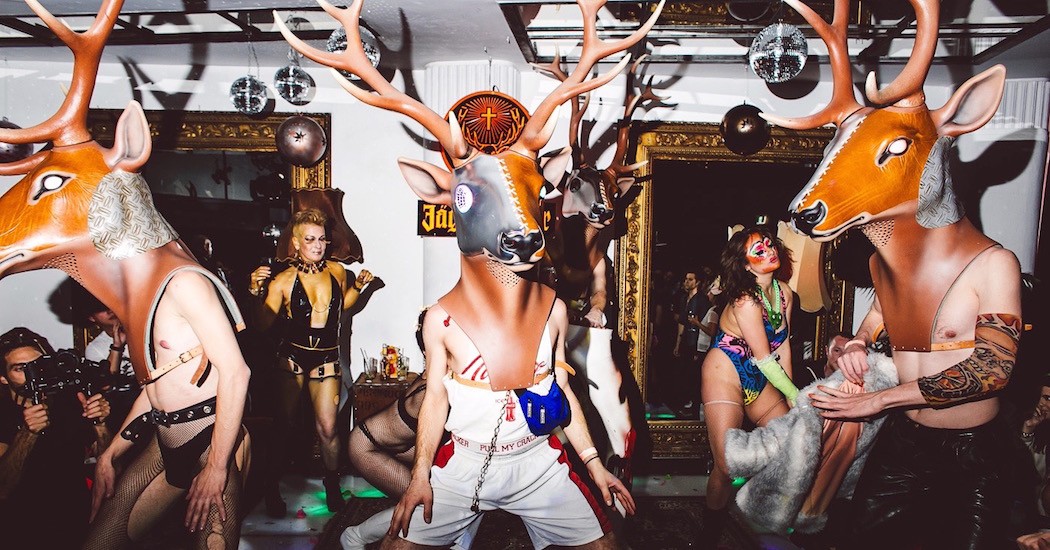 The day started with an email with my first clue to head to a cross street in the city CBD and look for a something or someone colourful. We spotted the colourful person and was given a riddle to solve and make our way to the venue. As we walked through the dark corridor and saw a neon light at the end, we knew we made it to the party, enter Number56.

The party’s six house rules, a permanent fixture at Number56 encouraged people to share the experience with their mates wholeheartedly.

Sparks flew across the dancefloor last night as Diesel Darling the angle grinder put on a one-of-a-kind performance at the finale of the current series of Number56.

The nightlife experience, which has been the city’s hottest ticket over recent weeks, offered Sydney-siders an authentic taste of Berlin’s music, art and culture. Taking its name from the 56 unique ingredients used to make Germany’svery own Jägermeister, the series successfully kick started the weekend early on Thursday nights with Berlin DJs Steve Bug, Kill Frenzy, Baron Castle, Christian Vance, Michelle Owen and Claire Morgan at the helm.

Igniting underground sounds in underground places, the biggest celebration to date was curated by the mysterious mindsbehind Salon Zur Wilden Renate and local co-presenters The House of Mince, Something Else and experimental party pleasers Charades.

Roving rebels Betty Grumble, Matt Format and their rotating spectacle of friends took guests on another wild journey, inspiring new encounters, strange collisions and euro a go-go splendour that had the dance floor heaving for more. Missy the aerialist had guests transfixed as she spiralled through the air while mystical beard meister Mulga produced a live art masterpiece.

Authentic German cocktails were served on the night, including the Jäger-Mate made with Club-Mate and Jägermeister, Root 56 and Spice Apple Applue Mule, accompanied by delicious Berlin street food.

More events in the Number56 series to be announced in due course, stay tuned to @Number.56 on Instagram to find out more.

Sometimes, flowers just doesn’t cut the mustard and you need a gift that is as thoughtful as it is presentable. Socks and Jocks, Flowers…